Glenn Adamson
Rubber, cast iron, and papier mache were wonder materials in the 19th century – capable of taking any form that artificers gave to them. It may be difficult to recover the strangeness and novelty of such materials today, but we can make a start by considering a cast iron stove made in about 1780. The manufacturer was the Carron Company in Falkirk, Scotland, a frequent collaborator of Robert Adam, who designed the Kimbolton cabinet discussed in the previous chapter. Certainly the academic neoclassicism of this stove suggests his involvement, but it is not authorship that I am concerned with here – nor was it the identity of the designer that would have incited curiosity at the time. For this was the very latest in modern domestic equipment, not only in stylistic terms but because of its function and materiality as well. Cast iron was not a new technology at the end of the eighteenth century. It had been used for centuries in making shallow castings, such as the decorated fireback plates that were used in hearths. From the mid-seventeenth century, similarly fabricated cast iron plates were used as the sides of box-like stoves for heating. (Benjamin Franklin had invented a version of this design in 1741.) But a freestanding cast iron stove like the one made by Carron would have been a remarkable novelty. Its manufacture was possible because of two recent innovations in the iron smelting process: first, the use of coke – a hot-burning, processed form of coal, introduced by Abraham Darby in 1707 – and second, the introduction of steam engines to pump air powerfully and steadily through the furnace. These improvements produced a casting iron free of impurities, which could be molded in sand into highly detailed, volumetric forms. Andrew Ure exclaimed over its extraordinary plasticity: 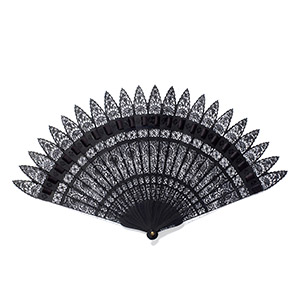 it is capable of being cast into moulds of any form… of being sharpened, or hardened, or softened at pleasure. Iron accommodates itself to all our wants and desires, even to our caprices; it is equally serviceable to the arts, the sciences, to agriculture, and war; the same ore furnishes the sword, the ploughshare, the scythe, the pruning-hook, the needle, the graver, the spring of the watch or of a carriage, the chisel, the chain, the anchor, the compass, the cannon, the bomb.
Though it is certainly possible to overplay the ease of working this newly improved material (as Ure did), it was indeed essential to the industrial revolution, playing a key role in engineering projects, the manufacture of machines, decorative art, and architecture.
The smelting and molding of cast iron required many skilled hands. In fact, the early story of the Carron works (which were founded in 1759) is essentially that of a drafting campaign to lure artisans up from Coalbrookdale to Scotland, to build the blast furnaces and associated equipment: “masons and bricklayers and millwrights and bellows makers,” as one of the founding partners wrote to another. Pattern-makers were also required to make wooden models for every casting (on which more in chapter three). As Ellen Marie Snyder has noted in her study of Victorian iron furniture, “some of the most highly trained workers in American industry were found in iron casting.” Even so, there is no doubt that the material played an important role in sidelining craft within the narrative of modern progress. It is the now familiar story, in which artisans continued to be vital to production but were nonetheless effaced. The simple fact that iron could be molded at large scale led to heroic narratives in which a single engineer, rather than a team of skilled contributors, was assigned sole authorship for huge public projects like bridges and tunnels. And iron also engendered an extreme form of identification between prominent improvers and technology (Henry Maudslay – the maker of the Bramah and Co. lock described at the beginning of chapter one – went so far as to be buried under an iron tomb monument). Unlike wrought iron, cast iron cannot subsequently be worked by hand by a blacksmith, so the “movement” of casting, to use Barthes’ term, seemed to contain the entire making process. This was one kind of making where artisanal processes were displaced directly by an industrial one, as Samuel Smiles noted in the 1860s:
since the invention of cast-iron, and the manufacture of wrought-iron in large masses, the art of hammer-working has almost become lost; and great artists… no longer think it worth their while to expend time and skill in working on so humble a material as wrought-iron. It is evident from the marks of care and elaborate design which many of these early works exhibit, that the workman’s heart was in his work, and that his object was not merely to get it out of hand, but to execute it in first-rate artistic style. 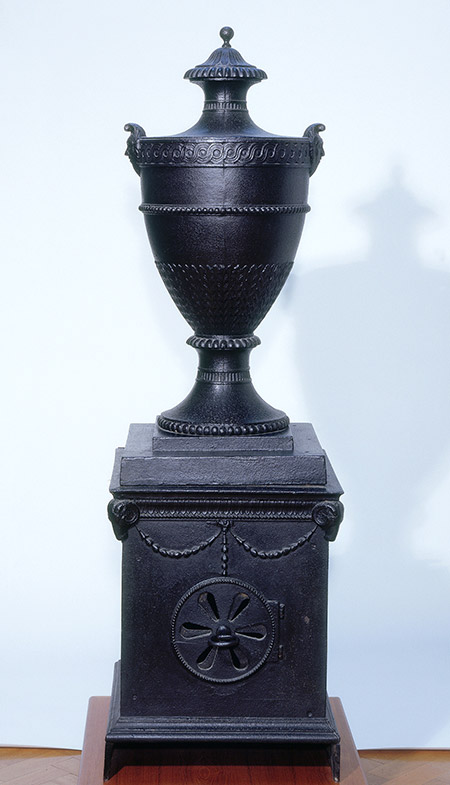