Roger Bennett
Things men have made with wakened hands and put soft life into Are awake through years with transferred touch, and go on glowing For long years
D. H. Lawrence
An encounter with a Liam Flynn vessel can be quite an emotional experience. His pieces are achingly beautiful: they have a brooding presence, a sense of rightness, an air of confidence. We long to touch and caress them, to cup our hands around them and lift them and feel for ourselves their astonishing lack of weight. The shapes are subtle – round but not round, delicately undulating, alive, changing as we move. We are intrigued by the detailing: rhythmic carvings, double rims, shaped feet. His enclosed forms are containers of darkness. They are sculptural pieces, sacred vessels, objects of meditation, timeless artefacts. They exude a sense of calm assurance yet they are also dynamic, restrained yet powerful with latent energy; erotic.
The seeds were sown early. Growing up in a family of craftsmen in Abbeyfeale, County Limerick, he naturally gravitated to the workshop beside the house, watching and absorbing, learning skills from his father and grandfather. As a boy he was already making and selling furniture – mainly tables – which he dismisses as ‘primitive’, but proudly adds that many of them are still in use. He bought hand tools, started carving wood, then around 1985 he had a go on a friend’s lathe. Immediately he was transfixed, delighted by the speed with which he could make a shape. Within months he had his own first lathe, a ‘cheap tinny one’, which he soon traded in for something more substantial.
Thus began his life as a wood artist. There were no classes available then, nobody he knew who could teach him, and so he taught himself. He devoured woodworking magazines and books. John Makepeace’s The Woodwork Book (1980) left a lasting impression: images of turned pieces by Richard Raffan and Bob Stocksdale, and an essay by James Krenov which opened his eyes to the use of grain alignment in design. Gradually he got to meet other turners. He visited Ciarán Forbes in Glenstal, his first experience of a proper woodturning workshop; Ciarán was typically generous, and imparted the news that the size of a piece is not important, stressing that line and form should be paramount.
Chance and circumstance play a huge part in every career. At that time, exotic woods were in vogue, the worth of a piece determined by the intrinsic attractiveness of the wood. Surveying the woodturning world through her ceramist’s eyes, Alison Britton was quite dismissive: ‘The beauty of the wood is the main message; different types of wood, often expensive and exotic imports from dwindling supplies, grains and colours; these speak louder than shapes...’1 As it happened, Flynn did not have ready access to such exotica, and they had little appeal for him anyway. But he could easily and cheaply get plainer, humbler woods – oak, ash, beech. He knew, from the work of Mick O’Donnell, about green turning, the shaping and finishing of a piece from unseasoned wood, turning it thin and allowing it to distort naturally as it dries out. He loved the immediacy of the process, the ability to bring a piece to completion in one go, instead of the more traditional practice of rough-turning and waiting for the wood to season before finishing it. And so, out of a mixture of necessity and personal aesthetic he began as he has continued, using locally-sourced woods, turning them unseasoned. 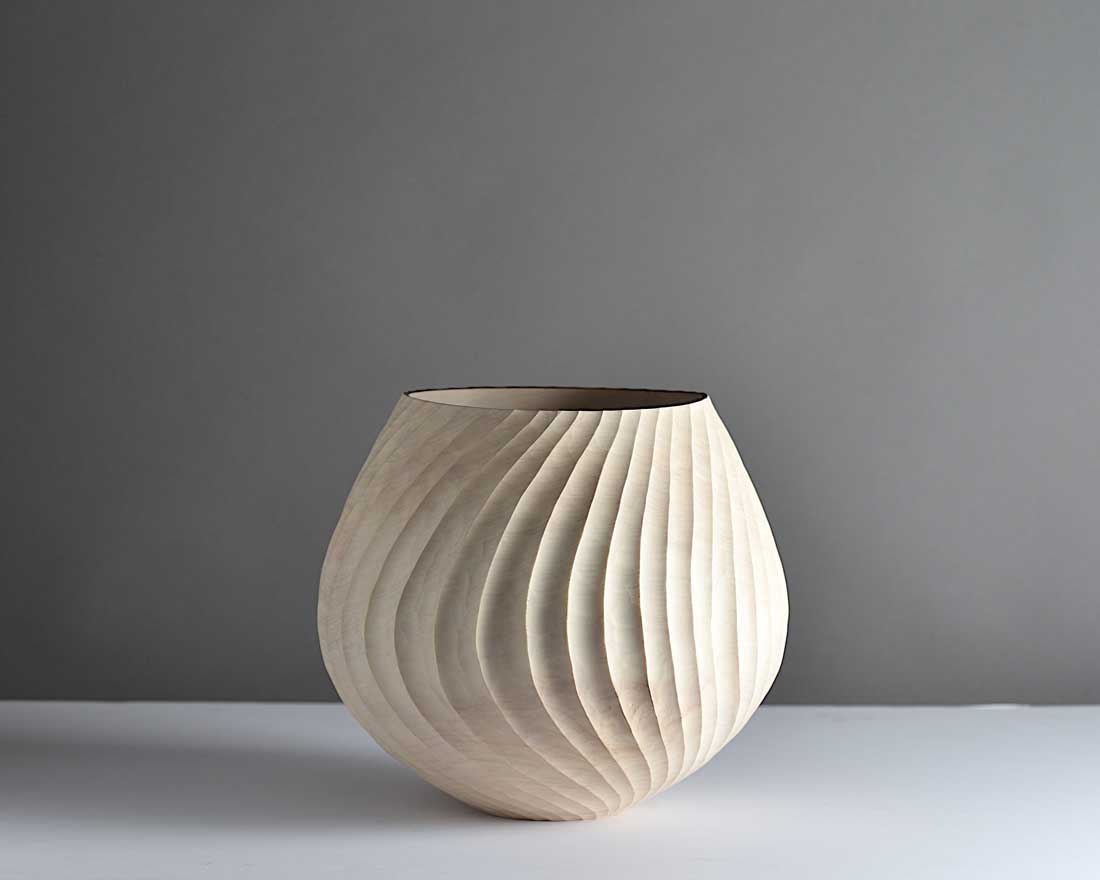 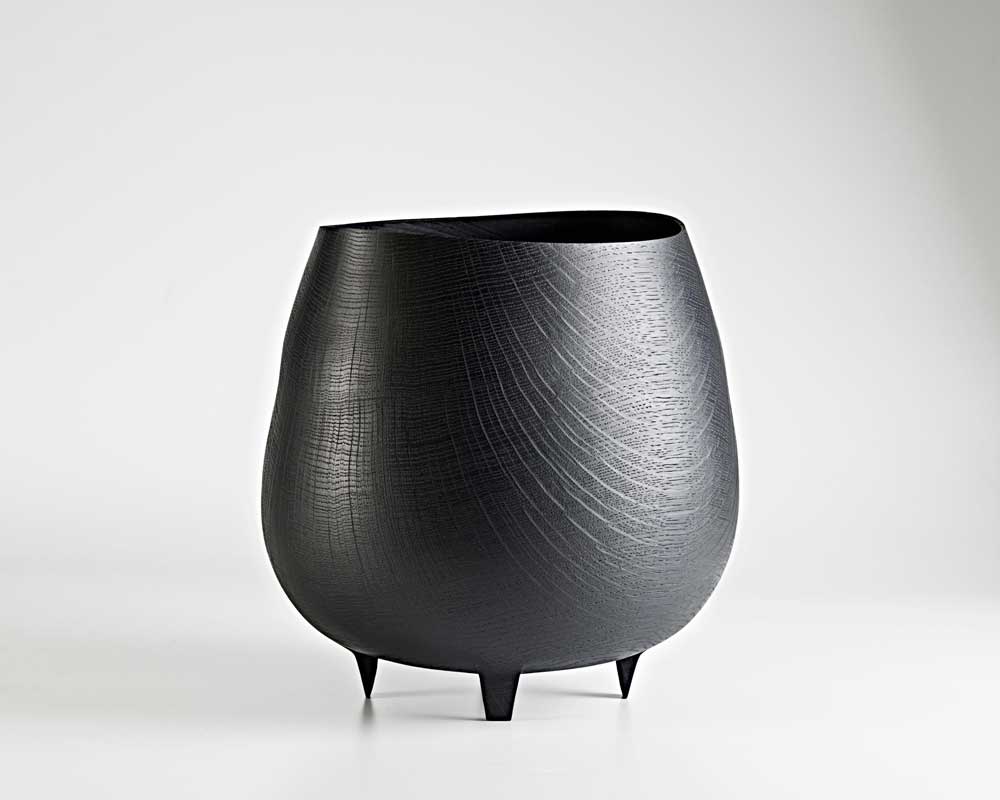 Unattributed quotes are from a conversation between Liam Flynn and Roger Bennett in Liam’s studio, in January 2011.
First published in Liam Flynn retrospective (The Hunt Museum, 2011), the catalogue of Liam Flynn's exhibition at the museum, curated  by Eleanor Flegg
A Journal about craft and creativity
What is Make Believe?
PFLC
Make Believe Manifesto
contents
Make Believe is designed for serendipity, scroll down and see what tickles your fancy.